Struggling for abolishing PTA could be seen and deliberately justified as a progressive move from an abstract point of view. For the sake of argument, even if we succeed in abolishing the PTA, it does not mean that the government can not come up with another version of the same PTA and our constitution does not have any immutable principle and judicial review process that could prevent the legislators from enacting a PTA version two. Sooner or later after abolishing the PTA, the government will come up with a PTA version and we may repeatedly come to protest again and repeat the protests again and again.

In order to have the separation of powers and judicial review, the constitution also should have immutable constitutional principles that are agreeable and embraced by every citizen. If the legal community can not understand the roots of the crisis, who else will be capable to understand this? As long as this situation remains, the dream of system change in Sri Lanka going to be an empty dream! 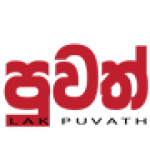